People say that Indians are the real Aryans and that the Aryan migration is just a white supremacistic theory. 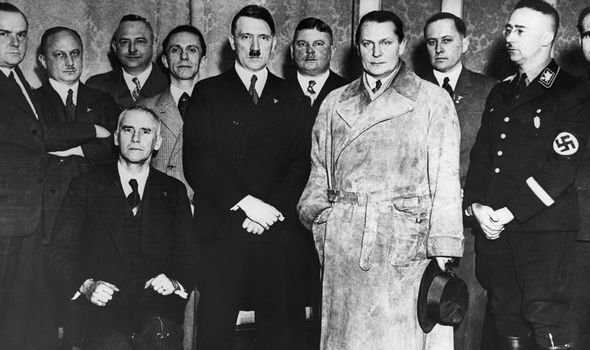 Facial features.
Similarities in original dialects spoken.
Lots and lots of similarities
The high priests have done a good job collecting all information ( whatever was not destroyed). Read it ?
Or just research on your own.
Enjoy
Life doesn't allow weakness in any form - physical, mental and spiritual.

Strength is following your ideals no matter what.
Never giving up.

White supermacistic?
Don’t you see the racial hate in these terms itself? Figure it out

Strength is following your ideals no matter what.
Never giving up. 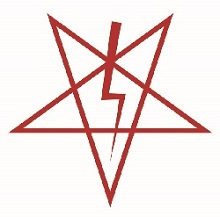 Because India was an Aryan country forever. Then in around the 1500s, millions of muslims came into India and they massacred and genocided millions of the Hindu Brahmins in India. They killed almost all of the Brahmins, and the Brahmins they killed were all white Aryan. Then they worked on destroying the texts and art, corrupting everything, physically mixing to mix them out of existence, and doing everything they possibly could to destroy Hinduism and kill all the Aryan Brahmins. A few hundred years of this, and you see what happened.
Be Happy

TopoftheAbyss wrote: People say that Indians are the real Aryans and that the Aryan migration is just a white supremacistic theory.

This explains the megalithic ruins found across the east from off the coast of India all the way to Nan Madol to the ruins off the Japanese coast. To the Andes in the America's. All are shown to come from the same core civilization. Described by the natives as having been built by a tall White Race with light hair and European features. Who were ascended.

The ancient Tibetan and Far Eastern texts state the hub of this ancient civilization was in the region of the current Gobi Desert region. In which there have been numerous findings. From the White Mummies to what Professor Kosloff a Russian archaeologist found a tomb in the Gobi after digging down fifty feet. There were artifacts in their dated to 18,000 years old. The records claim and the migration shows the Aryan Race pushed westwards from the regions of the Gobi, Pamir, Northern India and central Asia in general.

Basically to make it simple: Aryans simply were at the Saraswati river area, they witnessed the recession and drying of the river. Thus there was no invasion as they were the leader caste and jotted down in history of their existence, thus denying invasion theory/ies.

Yes Indians would be the real Aryans due to the fact the Aryans were in India and S.E.A. nations i.e. Sri lanka and whatnot i.e. garden of Edin. But only because O.r.i.o.n., so in essence these Indians or Hindus would be the White caste. Aside from that I'm sure that some darker races probably where in those areas and would confirm the Aryan existence in the area.

Think of it like this Northern parts of India were more Whiter, while the Southern is darker i.e. dravidians kinda like now a days as well. But that doesn't mean dark people don't visit the more Aryanized locations, obviously it's a Gentile brotherhood. So I'm to reiterate they too must have written down information or researched thus disproving some of these non-sense invasion theory/ies.

Either way a little research can disprove these so called white (((supremacy))) type answers. 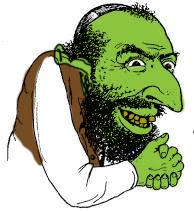 Can you read this?

https://nationalvanguard.org/2019/12/th ... ard-about/
By discussing the sacrifices of the last war, we want to become true friends of a peace that will eventually heal the wounds everyone has suffered.

Take a look at this.

People tend to dismiss such evidences with assumptions such as: they were probably some european "nomads", "travellers" or "roman/greek soldiers" who decided to move all the way from their europe to settle down in such regions of east; just because they happened to own horses.

If not all, then most of the ancient advanced civilisations were either pioneered or helped and supported by whites. This goes to their power of creativity.

Ancient india was inhabited by Aryans and Dravidians both. I can't confirm if they were territorially living in northern-southern parts but aryans had strong rules of no race-mixing (varna or color system, which existed before social caste system).


Varna system was race/tribe based and not class based.

Note under the Origins section, how Rigveda, one of the oldest hindu texts, clearly states what it means by "varna" when it appears for the first time ever.

The word appears in the Rigveda, where it means "colour, outward appearance, exterior, form, figure or shape". [3] The word means "color, tint, dye or pigment" in the Mahabharata.

Later, it loses its meaning in Manusmriti where the "varna", which once meant color and outward appearance; becomes social class. Also further down in Vedas' section, you can see the Purusha Sukta of Rigveda that mentions classification on basis of "social classes", was a characterization and inserted at later date. The attempts at corruption and alteration of the word's meaning is blatant.

Seems to me that original varna system hinted at a type of racial segregation policy to protect one's kind (and the others') from race-mixing.

HPs wrote many sermons, maybe also about "Atlantis of East". As far as I remember (and if my memory isn't false), the Aryans apart from excelling in technologies were spiritually very advanced. They had vast knowledge and performed siddhis easily. It was going well and good, until the advent of Jainism. This nihilistic trash was brought in and was promoted by jews, with the intention of corrupting the original Satanic Hinduism. Jainism was rejected, proved useless in kings courts everytime, yet these parasites were relentless in pushing it and slowly it started infiltrating hinduism. As the corruption took over the real religion, the power was lost. Aryans became spiritually weaker and subsequently started race-mixing, which led to their demise. Some moved to Europe perhaps. And aryans who escaped to settled elsewhere, probably became victims to sharia nutcases.

For example, these whites (Torcharians) were ""islamized"" by the mudslimes.

This shows that one must never accept a jewish program in any form whatsoever, race-mixing is fatal for one's bloodline and pisslam is a program designed to destroy the gentiles.
Top
Post Reply
9 posts • Page 1 of 1