The most important messages are selected and put into this forum with special attention.
Post Reply
52 posts 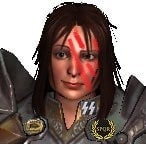 Re: The ID2020 Jewish World Government Is Here

Shadowcat wrote:from the very get go i was told to do 3..3 to five is my consistancy nowadays, i notice if i go below 3 for too long i start to feel uneasy or at the very least encounter astral attacks

3 is a great number, especially if you do it in 1 (27x each letter). I found it works really well like that and I dont want to use any other numbers anymore lol. If I wanna do more than 3 I just do multiple RTRs seperately that each have 27x on the letters.

indeed this is what i do each day on a minimum 3 in one go. I often plan for the hour of saturn when i can even if im up at midnight
Top

Re: The ID2020 Jewish World Government Is Here


The Event 201 the simulation that was run for a global Covid pandemic last autumn which was only a few months before any of the current Covid pandemic existed. Dr. Francis Anthony Boyle who drafted the biological weapons anti-terrorism act of 1989 for the American government. Has come out and stated this Covid-19 is a bioengineered weapon and has stated that Canadian and French researchers have stated such and including two Chinese doctors also leaked this out to the public as well. This along with the reports from India that the virus is bioengineered.

This Event 201 which was run by Bill Gates who is the main funder of the World Health Organization which was part of Event 201. Bill Gates has come out and stated the whole world will have to be vaccinated for Covid-19. And this will then require one to be given some type of ID stating they have been vaccinated. He stated a Communist China style Social Credit system will be implemented to enforce this.

What is the infamous ID2020? It is an alliance of public-private partners, including UN agencies and civil society. It’s an electronic ID program that uses generalized vaccination as a platform for digital identity. The program harnesses existing birth registration and vaccination operations to provide newborns with a portable and persistent biometrically-linked digital identity. GAVI, the Global Alliance for Vaccines and Immunization, identifies itself on its website as a global health partnership of public and private sector organizations dedicated to “immunization for all”. GAVI is supported by WHO, and needless to say, its main partners and sponsors are the pharma-industry.

All this while 5G which is the network required for ID2020.

We are grateful to the Washington Post, The New York Times, Time Magazine and other publications whose directors have attended our meetings and respected their promises of discretion for almost forty years. It would have been impossible for us to develop our plan for the world if we had been subject to the bright lights of publicity during those years. But the world is now more sophisticated and prepared to march toward a world government. . . . The supranational sovereignty of an intellectual elite and world bankers is surely preferable to the national auto-determination practiced in past centuries

This is the same David Rockefeller who created the Trilateral Commission.

All this while the UN which their head quarters was built by the Rockefeller Foundation is rolling out the demand for Global Currency as the economic and financial systems of the nations are falling over the shut downs brought in by the WHO.

The United Nations (UN) revealed their interest to create and maintain a “Global Reserve Bank”, one that will be also the publishing house for a Global Currency

And now the Jewish Fed is bringing about a digital currency for America which is a Fed Bitcoin that will have serial numbers and be issued and all transactions will be tracked digitally. This can also involve a expiry time in which it will delete. This will be set up so only the Jewish global banking cartels will now control the flow of money. All transactions will become digital and this will require the 5G network for proper function. This will also be placed with the Social Credit model in which if you sin against Jewish Big Brother they will just delete your Digital money. This is the model of the coming global currency.

ID2020 from reports was created several years before the year of 2020 its named after. This is due to Jewish Kabbalah the 2020 in Kabbalah numerology is collapsed to 22 the number of the name of the Jewish God in Kabbalah. The Jewish elites are using their Jewish witchcraft right in the open to manifest this Jew World Order. 22 is the number of their Jewish World Kingdom in Judaism.

This is connecting into the enemies thought form that is generated by their book of Jewish witchcraft the Bible. This is also why the numbers constantly showing up in the Jewish controlled media panicdemic around the Covid-19 is Kabbalistic numerology this pandemic is tied into the energy of the Jews ritual curses on the Gentile world.

As HPS Maxine has wrote the year of the Rat and how this plague was planned to connect into the same dates in history that started with the year of the Rat. They do this to connect into Karmic patterns and attempt to tap that energy into their workings to manifest more power this also relates to the mass mind. The enemy uses these events along with their curses to connect the energies together and manifest their curses to create a situation to bring this about along with physical planning. The two work together. The enemy is attempting to create a major pandemic. The black death brought by rats came from China.

The enemy uses letters as numbers which connect into the energies of their thought form and the frequency of each. What this means is the numbers also show the curses of the enemy manifesting as well where the energies are manifesting it leaves behind the occult crawl print. Which is why the enemy attempts to keep this knowledge from the population.

On the first day of the Chinese New Year the year of the Rat, the Chinese leader announced that 42 people had died in China. Rat in gematria is 42 the word 42 written out is 142 the term Coronavirus is 142 the term "Year of the Rat" is also 142 and the first stated case in America was put in the Jewish media in the 42th second state of Washington. The first case of this virus confirmed was 1-21-20 a date which adds to 42.

Remember these curses the Jews are throwing to attempt to manifest this ritual into a global pandemic is also connecting through the mass mind of tens of millions of Christian golems this includes in China in which there are tens of millions of Christians. This is the enemies to attempt to open the doors to bring this about through the unconsciousness mass mind.

so the vaccine will be required? to give us a digital identity to control our finances?
Top
Post Reply
52 posts

Users browsing this forum: No registered users and 9 guests