As if health officials in China don't have enough on their hands with a spreading coronavirus, now officials announced an outbreak of bird flu.

China's Ministry of Agriculture and Rural Affairs announced Saturday an outbreak of a highly pathogenic strain of H5N1 bird flu at a farm in the southern province of Hunan.

The virus was discovered on a farm with nearly 8,000 chickens — more than half of them have already died because of the outbreak.

China is not alone in trying to tamp down the spread of this virus.

And a different strain — the H5N8 virus — has spread throughout eastern Europe in recent weeks.

A bird flu outbreak in China back in 2013 ended up costing $6.5 billion in economic losses, according to U.N. experts.

A 'highly pathogenic strain' of H5N1 bird flu has been reported in China's Hunan province
https://www.businessinsider.com/bird-flu-china-coronavirus-pathogenic-strain-of-h5n1-highly-2020-2?IR=T

Welp welp, it ain't looking very good. I hope they can contain both.
| Joy Of Satan Websites Uptime Monitor https://uptime.theyknow.in/uptime.html

WTF is going on in this world...we are barely in the second month of 2020 and all of this is happening -.-
Top

The kikes are going hard at it, let's reply in kind! RTR the ever loving crap out of them brothers and sisters!

but remember to give your aura some extra loving with that good ol' protection and cleansing!

I think I can say that China is basically fucked at this point.
My name is Shadow, and this is the news.
Top

With every animal disease they have an excuse to sacrifice a massive amount of animals.
Yes, I know, I transposed "e" and "i" in my name.
Top

With every animal disease they have an excuse to sacrifice a massive amount of animals.

They have no other choice but to kill the animals. They don't do it because it can go otherwise. These can spread and infect the food supply of a whole Nation, and cause deadly famine.
| Joy Of Satan Websites Uptime Monitor https://uptime.theyknow.in/uptime.html

Researchers at the Erasmus Medical Centre in Rotterdam (The Netherlands) have produced an extremely contagious variant of the avian influenzaH5N1 virus that can be easily transmitted to millions of people, thus triggering a pandemic. Scientists, led by virologist Ron Fouchier, have discovered that five genetic modifications are enough to transform the avian influenza virus (which has so far killed 500 people worldwide) into a highly contagious pathogen that could trigger a pandemic that could kill half the world's population. Its high spreading capacity has been demonstrated in experiments on ferrets, which have a respiratory system very similar to that of humans. RESEARCHES - Fouchier's research is part of a wider programme aimed at a greater understanding of the mechanisms of the H5N1 virus. It was the virologist himself who admitted that the genetically modified variant is one of the most dangerous viruses ever produced. Another group of virologists from the University of Wisconsin in collaboration with the University of Tokyo has come up with a similar result to Fouchier. POLICIES ON PUBLICATION - Now the debate is whether or not to publish the research. Many scientists are in fact worried about the possibility that, in the wrong hands, the virus could turn into a biological weapon. In the United States the controversy is hot. Thomas Inglesby, a scientist expert in bioterrorism and director of the Center for Biosafety at the University of Pittsburgh is categorical. "It's just a bad idea to turn a deadly virus into a deadly, highly contagious virus. It's another bad idea to publish research results that others might copy." I also criticize Richard Ebright, molecular biologist at Rutgers University in New Jersey: "This work should not have been done." Publishing the study, however, as Fouchier himself claims, would help the scientific community prepare for an H5N1 pandemic. On the same wavelength the Italian Fabrizio Pregliasco, virologist at the University of Milan: "Not to publish would leave researchers in the dark on how to respond to an outbreak. The exchange of knowledge is fundamental to predict the real severity of a pandemic. Avian flu was a new "beast", but not an apocalyptic one. With a greater exchange of knowledge, the dissemination of information would have been more accurate and less alarmist".

HP. Hoodedcobra666 wrote:
They have no other choice but to kill the animals. They don't do it because it can go otherwise. These can spread and infect the food supply of a whole Nation, and cause deadly famine.

Oh I get that, certainly. I just think it is within the realm of possibility to purposely infect a population of animals just to cull them in massive numbers later.
Yes, I know, I transposed "e" and "i" in my name.
Top 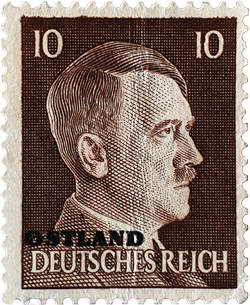 HP. Hoodedcobra666 wrote:They have no other choice but to kill the animals. They don't do it because it can go otherwise. These can spread and infect the food supply of a whole Nation, and cause deadly famine.

First the corona, now the bird flu. How convenient, don't you think? These are sinister affairs and I'm distrustful AF. I don't believe the official versions. Let me explain.
With the African swine fever, thousands of healthy pigs got slaughtered. Entire farms were wiped clean based on ONE positive lab result. Note that huge farms owned by a jewish corporation were untouched.
Hunters had to take blood samples from the feral hogs they harvested. So my friend with his team had shot six feral hogs but took blood samples from only three of them. As six samples were needed, they mixed the blood from the three samples together and poured out six samples. The lab result was: 2 infected, 4 healthy. WTF is this? Official, accredited lab. There were many dead corpses of feral hogs in the woods but today the population is recovering. This wouldn't be possible if the virus was as deadly and dangerous as it was described.
I suspect that the medical jew made a big fuss out of an ailment that only kills specimens with compromised immune system. They have done it with humans, too. Their rotten yhvh loves the smell of burning flesh and they need the death energy like never before. Cocksuckers.
Top
Post Reply
10 posts • Page 1 of 1

Users browsing this forum: No registered users and 39 guests