The conspiracy camp likes to omit something when they use part of Pike's quote about Lucifer but not the WHOLE QUOTE.......

"The Apocalypse is, to those who receive the nineteenth Degree, the Apothesis of that Sublime Faith which aspires to God alone, and despises all the pomps and works of Lucifer. LUCIFER, the Light-bearer! Strange and mysterious name to give to the Spirit of Darkness! Lucifer, the Son of the Morning! Is it he who bears the Light, and with its splendors intolerable blinds feeble, for traditions are full of sensual or selfish Souls ? Doubt it not! Divine Revelations and Inspirations: and Inspiration is not of one Age nor of one Creed. Plato and Philo, also, were inspired. The Apocalypse, indeed, is a book as obscure as the Sohar. It is written hieroglyphically with numbers and images; and the Apostle often appeals to the intelligence of the Initiated. “Let him who hath knowledge, understand! let him who understands, calculate !” he often says, after an allegory or the mention of a number. Saint John, the favorite Apostle, and the Depositary of all the Secrets of the Saviour, therefore did not write to be understood by the multitude."
-Morals and Dogma.

The bold Pike is referring to Christ as Saviour who taught in parables for the multitude.

2 Peter 1:19:
"We have also a more sure word of prophecy; whereunto ye do well that ye take heed, as unto a light that shineth in a dark place, until the day dawn, and the day star [Jesus] arise in your hearts."

"I Jesus have sent mine angel to testify unto you these things in the churches. I am the root and the offspring of David, and the bright and morning star."

When Mason's state they are Lucifer they are stating they are Christ like. Theosophy which as Blavatsky stated is an esoteric branch of Christianity originates from within the Masonic Societies of the 19th century. Many of Blavatsky associates and supporters where high ranking Mason's. Free Masonry is esoteric Christianity now. Pike is directly referencing the book of revelations of the Bible for his statement. His saviour as openly stated is Jesus.

Behold, I lay in Zion a chief cornerstone, elect, precious, and he who believes on Him will by no means be put to shame" (1 Peter 2:6, NKJV). This is Chief Cornerstone is what Messiah translates to its talking about Jesus.

The Apha and Omega represents the Chief Cornerstone:
Revelation 22:12 "And behold, I am [Jesus] coming quickly, and My reward is with Me, to give to every one according to his work. I am the Alpha and the Omega, the Beginning and the End, the First and the Last."

The Chief Cornerstone of Capstone symbolizes the completion of the Temple of Solomon. Of which Christianity is a program to manifest. The Jewish Temple Of Solomon is their Jewish World Order. Pike and others tell us exactly what the point of Free Masonry now exists.

Morals and Dogma's, theme is about attempting to establish the doctrines of Judaism as the primeval doctrine of the traditions of Masonry and the world. The premise is false but Pike believed it.
Top 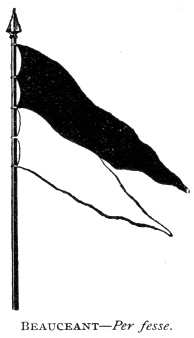 Albert Pike was a cabalist. It's even in his books. I've read somewhere that his real last name was (((Chase))). Both of his parents had (((biblical))) names: Benjamin and Sara.
Top

Names like that don't make one Jewish. In that time most people were Christian and named after biblical characters. I don't think Pike was a Jew either. But he was raised in a Christian society and he was a member of a Christian Church.
Top

666Ea666 wrote:whaaaaaaaaat? Didnt you say at one time that Albert Pike was a Satanist and a jew/Yahweh hater? I remember reading that in a KKK article written by Don Danko: https://www.satanslibrary.org/666BlackS ... x_Klan.htm
Or maybe I read it or understood it wrong????

I get the feeling that this KKK Article has been written by an infiltrator in order to sow seeds of doubt in people??? Because according to mageson666 and according to albert pikes own writings, he clearly was a xian. Please if you see this, do reply.

Anyways, I will never leave the jos no matter what since I do feel that the RTRs are healing me and I do not wish to go back to my empty apathetic dreamless life as a nonsatanist again. thats enough reason for me to stay on here. I will never leave and I believe that many articles in the joyofsatan have been written by infiltrators and I WILL NOT FALL FOR IT AGAIN. And if so, please correct this.

"We live in a world full of smoke and mirrors."

That's one of the interesting things about this life, for me anyway.
Top
Post Reply
4 posts • Page 1 of 1