Sometime certain things get put into video's and movies. The Truth has many friends.

There was a series of two video's made with Daft Punk and the Weeknd. If you pay attention Starboy is the first. In Starboy he sells himself to the Jewish media empire and becomes their servant and becomes a major celebrity for it. He wears their symbol of the kabala cube of Yahweh in the form of the cross around his neck to show this. He is under the Jewish spell of Christianity. Notice in the second video. "I Feel It Coming". Its a tribute to Michael Jackson the King of Pop. Even down to clothes, dance and set up. He is now at the top of the business as an entertainer. At the end of this video Daft Punk find the neon cross under the ice. The same one from the first video. The influence of the enemy in his soul. The cross is the symbol of the kabala cube which unfolds into the cross which is the cross of Saturn the influence of the enemy programs. The Weeknd also uses it as his own symbol and its famous in this sense and relevant, the spell of the enemy. That kept him from something.

Note not the song but the video for "I feel it Coming". Is full of the imagery of Venus, literally the planet down to the spiritual symbolism. The appearance of Venus in glowing white light is what Shurka [Venus] means in Sanskrit, bright white light. During the sun they are alive and vibrant. And he is at the top of his career game. Then the sun eclipses the symbol of Saturn which is further shown as the skull's face in the stone also ruled by Saturn. They both turn to dust, earth is the element of Saturn. they come close but never kiss before this happens. In the final gasp of life the Weeknd reaches out for the serpent to save him, before he turns to dust realizing its all over and in the end wanting eternal life. But losing it. The kiss is always the esoteric symbol of the union of the body and soul the Magnum Opus in every tradition. Which is done thought the serpent energy of Satan who is called Shurka, Venus in the east. Lucifer means Venus in Latin. The women represents the soul, Shakti, Venus and is shown as the serpent. The soul is shown as female in many traditions and the body male. The Weeknd is the king of the pop world and has all the money, fame and success the material world of the enemy can offer, in their anti-spiritual materialism. Yet in the end he realizes the serpent is the truth and reaches out to Lucifer. In the end he turns to dust, doomed by the cross of Yahweh around his neck. Its too late. 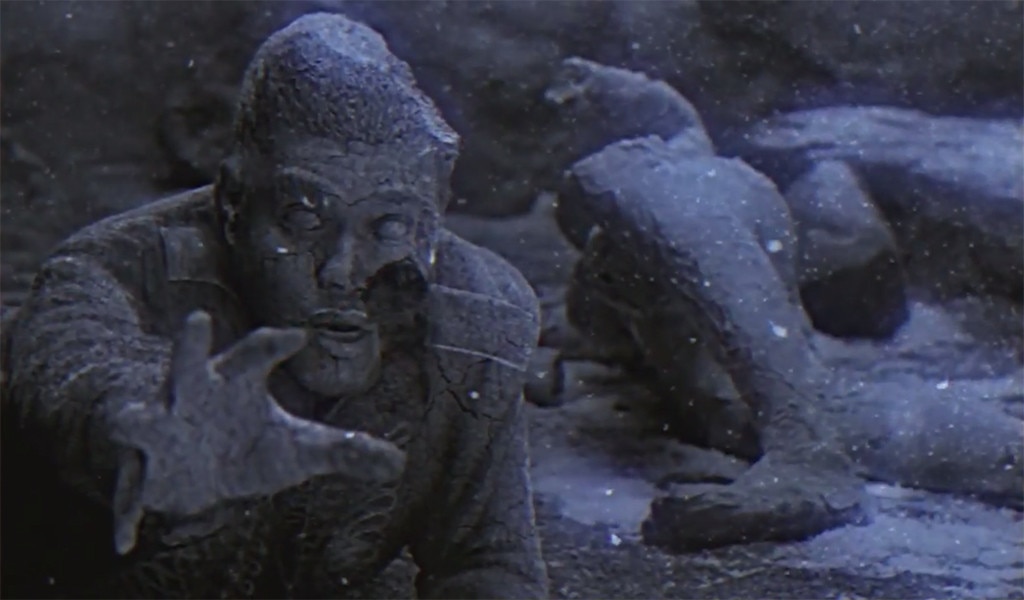 Celebrities are called "stars" which is an ancient term of ascension of the soul. This video counter signals the false ascension of jewish materialism and points the way to true ascension which is thought Satan-Lucifer. The serpent of Satan. The serpent is called Satan in revelations.

Someone told the truth into this video that the serpent of Satan-Lucifer is the truth and the price of the enemy deception for humanity. The Weeknd is not one man here but many as seen in the imagery of others trapped in stone. This video was a counter signal to the enemies agenda.

This video and song was also a tribute to Michael Jackson.....Who warned everyone about the Jews and from some claims paid with his life for it.
Top
Post Reply
1 post • Page 1 of 1