I have had heard that Marcus Aurelius often imagined bad situations and strengthen himself by this. I don't remember where I heard this, years passed, but as far as I remember, it was like for example, he envisioned his soldiers betrayed him out of nowhere, so he was emotionally prepared for bad situations, because he already envisioned insofar he don't get disturbed by these possibilities.

But if I remember correct, HPS Maxine said that "bad affirmations bring bad events." Of course, she said this for "verbal" statements, not visualizing. Can someone enlighten me, does envisioning bad events happening make them come true? If that's not the case, do you think this practice can be practiced by SS? Thanks in advance.
Top

This is just on a purely imaginative level/day dreaming tier of imagination, not really creative magical practice.

Welcome To the New Reality - The Revolution Has Began 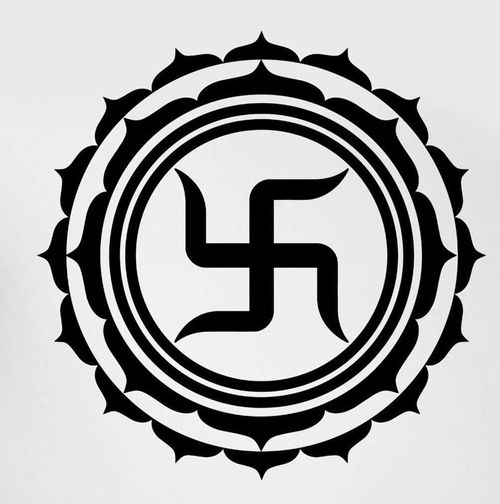 Yes i had this problem with my phobia of confrontation that i had. I kept stressing over how much fear i would have if for example some weirdo tried to attack me and stuff. And you guessed it- after a while i went strolling out alone and i had a verbal confrontation with a drug addict who was trying to intimidate me .
MY INSTAGRAM:
https://www.instagram.com/satanicjoy666/
My Email: [email protected]
Top

This is gonna sound silly but as someone who's gotten to the point of theorycrafting rather than practicing meditation. Unfortunately it just doesn't work for me (and that is all I'll state). Perhaps even meditation was never meant for certain people. I understand this organization pushes meditation to even drug levels of aspect i.e. it's the only way and indeed it is a drug, indeed the very act of slowly climbing up, stepping up, transmit changes it's not a brute force method. Like some former drug users have stated "I've gotten down into meditation to where even I was surprised to learn they can imitate drugs albeit in a more controlled way, surprised the hell out of me".

But can the Gods think? Are they so powerful the mere thoughts transmit and materialize?

I don't understand spirituality(rightfully so from lack of meditation)(albeit with a certain astrological aspect of understanding complex properties in a simple way it begs the question if spirituality is needed). Inasmuch it says the mind powers up, the female side and the soul power up the male side.

So can the Gods think, process, contemplate, spend time imagining?

Is it that there comes a point whereby you have to be voided 24/7 be a blank slate all the time? It's kinda like my theory of how people operate without thoughts. I've had moments of catching myself not think while walking or doing an activity a combination of intuitive, auto-pilot, and just my way of doing things. But I've always had this excessive thinking mind ever since even early in my school days. Perhaps it's gotten worse. But I clearly remember the first time I read of void at 12 tried it and went "What is the point?" my mind doesn't stay quiet, why would I do this. Probably one of the reasons meditation has never done anything to me I did it and then quit and then invented and felt my own Satanism using JoS as a manuscript for a basis. I never felt like Satanism was evil like my friend emailed me recently S and NS is seen as utter scum shit garbage people. People hate NS so much they don't even bother researching why they hate it. They just believe killing people and 6 million is wrong. And it's like clearly these people never thought like me who has had thousands if not tens of thousands of thoughts on killing people and warfare and basically martian mentality.

Are beings of higher power capable of thoughts, imagination, contemplation, spending time doing stuff. It's been said once a person reaches certain levels they can't go back in fact after a point they have to move forward and complete the Godhead and go through further stabilization phase or else they die. The Gods even tell the person directly your just so used to this high level that any lack of meditation session within reason can cause your death you MUST advance.

If anything this is gonna sound nihilistic and perhaps even evil. But it seems like it gets to the point whereby you become a slave to spirituality. I can actually see future theorycrafters and people who speak on higher concepts actually point this out. I understand this is the whole capricornian/Leonian property to be the King or Queen or in this case God you need to basically Gottfriedly/Hitlerristically (WORK) your ass off. But I can see some of the first entries into mass spirituality of people believing they are trading one form of servitude and slavery for another.

But that's the thing is spirituality a form of not thinking? Is thinking wrong? Is the mere act of thinking as an elevated entity something that does something to the World? I don't understand how the Gods are free to think, process, feel, or imagine. I like doing all those things I have nothing better to do with my time. So usually I spend my time learning things through an overuse of intuition, thinking, processing, imagination, or feelings. Marcus Aurelius isn't doing anything special that wasn't done before him in fact in modern memetic application and when I mean memetic I mean a technology in this case an instinctual technology as Hitler puts it in Mein Kampf or a technology of mentality for mental curiosity, we call this theorycraft. It's like the Elder Scroll series they state the word Speechcraft i.e. the ability to talk to characters better in the case of the game buy low, sell high even though some characters do change their text on rare occasions it does work.

People understanding simply Speechcraft = the ability to noticeably speak better or superior speech. Can add that to their affirmation as a new definition and technology of a Mercurian/logical process.

But in the end if we Humans are always thinking, processing, feeling, and imagining cause for most people life sucks. Then do the Gods do this or are the Gods simply except inasmuch mental kaballah, certain statements, certain psychic speech, certain uses of internal monologue. Are they simply returning back to the animalistic side of their species in which we have been told Animals don't talk or perhaps they do speak with their own animal effects such as a cat meowing or a dog barking i.e. producing non-sense and because they lack certain mechanism and apparatus of biological products to speak they think in pictures.

Are the Gods merely always thinking in pictures even though that picture is also an issue because it generates realities and produces the variable light = vibration = sound = etc.etc. process and thus once again they aren't able to think or imagine nor speak nor visualize.

In simplest terms does Satan do things with his head? Does his mind think, process, visualize, imagine, sound, music?

Or is it like some people state they perform so much mindfulness and in our case void that some people have stated they feel after a while that the music in the background of their head disappears. Reminds me of reading a buddhist site whereby a guy did some mindfulness basic breath awareness and he lost the ability to think. He said it requires conscious extreme effort to speak his mind is blank. He was told it seems normal to some people but in your case it could be a condition or a mental illness in the sane and they suggest speak with certain people on the matter.

Is spirituality the absence of thinking, processing, imagining, visualizing? In other words these things are (ONLY) done for magick and magickal purposes only or a ritual or spell or some astral combat or something.

Do the Gods use their brains like us Humans?

I'm probably gonna have people go how the hell can you equate spirituality with slavery and servitude. But it seems not far off if your a person and your elevate yourself over the course of a few decades or centuries and eventually you have to do missions and do things and live life in such XYZ pattern. I understand it's the normalcy of the Universe but out here in the outback in this backwoods planet like all the Sci-Fi shows paint the Earth to be scrappy fighters that succeed cause we are so damn assbackwards we dominate other species except in certain shows whereby Humanity is ROFLstomped like Andromeda or the movie of the scientologists.

Funny enough people are gonna be like look I don't want to get in trouble with these Gods or this entities that dominate the Earth now but for me all of what you said to convince me of deciding on a spiritual path is just another form of slavery and servitude. Your basically saying I have to spend decades if not even a few centuries doing a persistent and consistent amount of physical, spiritual, mental, and technological work just to put my soul back to something that was 10,000 years ago. And even then I have to study and do this and that. It's like that's no different what I do. Your basically saying I'm a slave to these entities only that I'm doing it willfully. It's like some jobs it's just willful ignorant slavery.

Why are we memetically assaulted into a lump labelled Fascism. Do you, pinko, know what Fascism really is