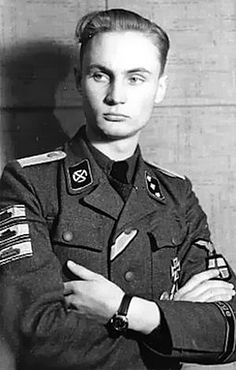 I've heard that he had beef with some big pharma, true?
Top

From reading the news it doesn't look like the helicopter just fell on it's own. This could theoretically happen, but it is really difficult, and also, coincidentally, the helicopter holding in a hundreds of millions worth NBA player.

It's a little difficult for this to be a freak accident. Then again, what kind of threat Kobe could have been and to whom, that is weird, as it looks like he wasn't really into anything major?
| Joy Of Satan Websites Uptime Monitor https://uptime.theyknow.in/uptime.html

If true and it was a hit job.

It was probably pumped up by the curses of the enemy and all the fires. Notice Kobe died in a "korban" or "holocaust".

So it falls in line with jewish ritual murder plus being a Cushite and considering how black folks have been pushed to the forefront of civilization like the JNWO mission. It's probably at the end just a good distraction.

It's a shame what happened to him I'm sure he is a good person. But fuck everything about the jnews pumping the shit of this and milking the crap out of it. In fact I'm sure MANY are praying and pumping it in the air.

It's just another method by which the enemy plays with the lives of Gentiles to create realities for communization.

Well there is recorded transmission from the pilot minutes before the crash. He was seeking flight assistance but was too low for radar. There was zero visibility and as he climbed with no sights or usable instruments, it seems the helicopter crashed rotor first suddenly, unaware of the terrain directly ahead based on witness reports. The craft was hovering and flying in holding patterns at super low altitude just prior to the crash. Indicating, the pilot was confused and was waiting for change in whether or feedback from ATC.

It doesn’t seem he was an open threat to the enemy. Was just focused on family. All interviews I’ve seen say, you couldn’t talk to him without him bringing up his kids. It was his focus. In fact he died on the way to bringing his daughter to a basketball game. That’s one of the worst parts about this. His daughter died with him. It’s horrific.

HP. Hoodedcobra666 wrote:This could theoretically happen, but it is really difficult, and also, coincidentally, the helicopter holding in a hundreds of millions worth NBA player.

It's a little difficult for this to be a freak accident.

To add to what I said before, it isn’t much of a coincidence if you look at it, not a freak accident. Under the circumstances he was flying, you’re more likely to die than survive. We’re talking no visibility just feet in front of you. Can’t see the ground either.

Kobe used helicopters like normal people use cars. He hated LA traffic and opted instead for helicopter having taken thousands of flights. So no different than a celebrity dying in a car crash. Happens from time to time. I sincerely love Kobe Bryant and consider him a highly influential person in my life. The whole thing is terrible. I was fallowing his retirement closely. Eagerly awaiting what things he would do in the future. It saddens me we’ll never know and I’m heartbroken as a vehement fan of his.

If anybody does discover more enlightening info on the case, I would be very grateful if that info was shared. It’s still early right now.
Top

Thanks for reminding me that I wanted to mention that maybe it was on purpose since his jersey number was #24 and even #8 at one point so that could be used by the enemy along with the sympathetic energy. This has been a big thing as he was well known and a household name. There's people praying for him on cable television as well and it's planned to be an event during the half time show in the upcoming Superbowl for him. It could just be a freak accident though many speculate it was a very expensive helicopter holding a very expensive person so it's not farfetched to think it was done on purpose and I gave my opinion if it was the latter.
"Concerning my own faith, I am fighting under the flag of Lucifer." -Otto Rahn

It may have been purposeful, but it really begs the question to whom he did what, or how this would happen to him, like the reason.

That aside, who knows what went down in his personal life. It's just extremely uncanny how suddenly he just died, especially so after he was about to start cashing in his money for his lifelong career. He was a superstar of Basketball, some compare him to Jordan.

Then again, someone from his family or whatever who wanted to rob his assets, wouldn't really be able to rig a helicopter. This is why there is some credibility to the aspect that this was freak accident.
| Joy Of Satan Websites Uptime Monitor https://uptime.theyknow.in/uptime.html 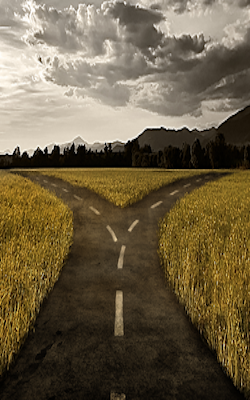 Is it possible that the Jews are using Kobe's death as a mass trauma/sorrow event in order to conjure people's negative energy?
Top
Post Reply
8 posts • Page 1 of 1