Satan asked me to post this. I strongly suggest that you all do your own research on the internet, as I won't be posting any links. There is hoards of information regarding this subject. I am not about to ever tell anyone what to do here. What you do is your own choice- responsiblity to the responsible. I do encourage everyone to ask any Demons you work with and/or if you are new, just be open to signs and warnings.

I have always loved Asian food. For the past few months now, both Lilith and Satan have forbidden me to eat at any Asian restaurants. Sister in Satan, Raven stated in a post that Satan is not 'omnipresent' and this is true, but I will tell you, they will put an aura on you. A couple of times, I rationalized and at one Chinese buffet, the food was noticeably spoiled and at another [both placed I frequented for years], this was take-out and there was a nasty piece of metal in my hot and sour soup. Point being...this made a stronger statement to me as not to eat out. The Powers of Hell will get their point across. There was another time and something else happened, but I can't offhand recall right now. Another time, I was in a local Chinese supermarket that I have shopped at for many years. I only went in to get a Mexican spice they sell there. Lilith actually hollered at me 'DON'T YOU GET ANYTHING ELSE!'

Satan and Lilith both informed me that there will be some ingredients that are coming in from China that will be deadly. Satan equated this to AIDS, in malignancy. He even stated 'this is so bad that even the Gods themselves would have a difficult time curing it.' I do know that several of you who are gifted and open and who communicate with our Gods are aware that in the future 'many people will die.' Satan himself told me this and I know that he has also told this to other brothers and sisters.

In addition, pet food is being laced with poison. Dogs and cats are having explosive diarrhea, vomiting and many are dying. This comes from ingredients from China and is even in prescription pet food that people buy from the veteranarian. This is becoming epedemic. I now cook for my pets. I will no longer feed them any commercial pet food, which was bad enough even before the Chinese ingredients. People pay top dollar for 'rendered' pet foods where euthanized animals who are put to death at the pounds and shelters with poison injections and such, are ground up 'rendered' into the kibbles, along with road kill, cancerous tissues from diseased livestock at slaughterhouses and even worse.

In order to maximize their profits, the jews are now dumping vast amounts of toxic wastes into foodstuffs for both animals and human beings; most of this comes from China. Cat food is now being laced with shredded tires, polyurathane plastic and worse. Just do some of your own research on Google regarding this. In Panama, some time ago, children's cough syrup was laced with anti-freeze, which is lethal and many died. This is not conspiracy theory, IT IS NEWS! IT WAS ON THE NEWS! Check this out on the internet. Children's toys form China were laced with lead. Lead is highly toxic, causes permanent brain damage and much more. Animal toys for pets is even worse. There are various newsletters and such that keep people informed about the incessant recalls of pet foods and products on the internet. I encourage you to check these out.

Please do your own research. Satan has gotton onto me to post this as it is serious. Eating out anymore, especially at Asian restaurants, as they use imported ingredients from China, can be deadly. I asked about soy sauce and Lilith told me to buy soy sauce that is from Japan, never from China. I have learned to make my own Chinese food at home. No, it isn't as good as at the buffets, but it is palatable. Just always remember to undercook the vegetables. Many places to eat are no longer safe because of imported ingredients used in the food prep.

In closing, I cook for my cats. If you choose to cook for your pets, you can control what goes into their food. Unfortunately, there is a lot of misinformation out there regarding home cooked pet foods. You can't just feed a cat a can of tuna. I began cooking for my cats when two came down very sick from eating commercial dry cat food, and by the Grace of Satan, I was able to heal them; one which came close to death.

If anyone is interested here, please reply if you want me to post the ingredients I use and how I make homecooked food for my cats. I will be happy to post this, but I am ending this now as it is getting too long. I will check back here and post what I have learned regarding pet food.

I also want to add that certain over the counter life-saving medications are being removed from the shelves and one must obtain an expsnsive doctor's prescription for stronger and often addictive versions of the same line of medications. One major example is over the counter asthma inhalers. Brother in Satan, Nico, posted here some time ago regarding 35% FOOD GRADE Hydrogen peroxide. This is totally different form the anticeptic that is used. You have to know what you are doing, but this [tastes absolutely horrible, even when taken with strongly carbonated soda pop], when taken consistently, I have heard prevents asthma attacks, which are epedemic today, and also keeps one's immune system very strong.
This stuff works, as I have taken it for overall health and noticed certain of my own problems disappeared.
http://www.bibliotecapleyades.net/cienc ... pons33.htm

Please do your own research and open yourselves to the Powers of Hell for guidance. Satan protects his people and looks out for his own.
Aldrick Strickland
Hail Father Satan Forever
Top

This post made me super paranoid back in the day....

The Asian food depends from place to place. I knew a Chinese restaurant that purchased all their food from the local grocery store and the food was great. They later sold their business to Chinese immigrants and everything went to total shit. They went out of business soon after. It's better to stay on the safe side when buying from the Chinese....

I haven't heard of any crazy disease worse than AIDS yet.

35% fghp is being taken off the shelf. It's getting harder to find. If you do use this, don't mix it with SODA POP. Just use water or carbonated water. SODA POP has sugar in it. I heard not to mix fghp with sugar but i'm not certain on this. It won't kill you but it will make you a little sick. I've done it before. But hey, fghp makes you sick anyway...
"When you sacrifice for your community, then you can walk with your head held up high." - Adolf Hitler
Top

What about eating out Asian I don't get an angry feeling from any Demon or anything with this like I did with things like smoking or back several months ago when I thought about going out and getting drugs etc. I do listen to that you know. I didn't do those things and now don't even want to.

Anyways I try to avoid really cheap foods for the most part and anything I see is obviously from China in the grocery stores or get a bad vibe about (sometimes this does happen I am good at sensing things)
However I am talking about eating out here
Fyi me I mostly don't go to Chinese places when I do it's more like Thai Vietnamese Malaysian Indian etc. Although I think some Chinese places are safer others are not from what I seen. There was a place in my town that is still open somehow a lot of people got sick after eating there it was in almost every review on Google.

I am curious about that.
Top

I don't think that this is an accurate way to phrase it. It makes you feel sick because it cleanses away all the crappy stuff in your body. Similarly to how someone may feel sick and horrible after exercising for the first time in years. There is just a ton of bullshit that has built up in the body, and that is getting cleaned.

And it of course does taste absolutely horrible. So that could make you feel sick too hahaha.
'Do not do anything useless.'
-Miyamoto Musashi

LOOKING FOR INFO ON SOMETHING?
1) DOWNLOAD JOS ENCYCLOPEDIA HERE
2) OPEN IN PDF READER
3) SEARCH FOR YOUR KEYWORD

ALSO USE THE SEARCH FUNCTION OF OUR FORUMS FOR ADDITIONAL INFO!!!

Those who give up will only face regret.
Hail Satan Forever!
Top 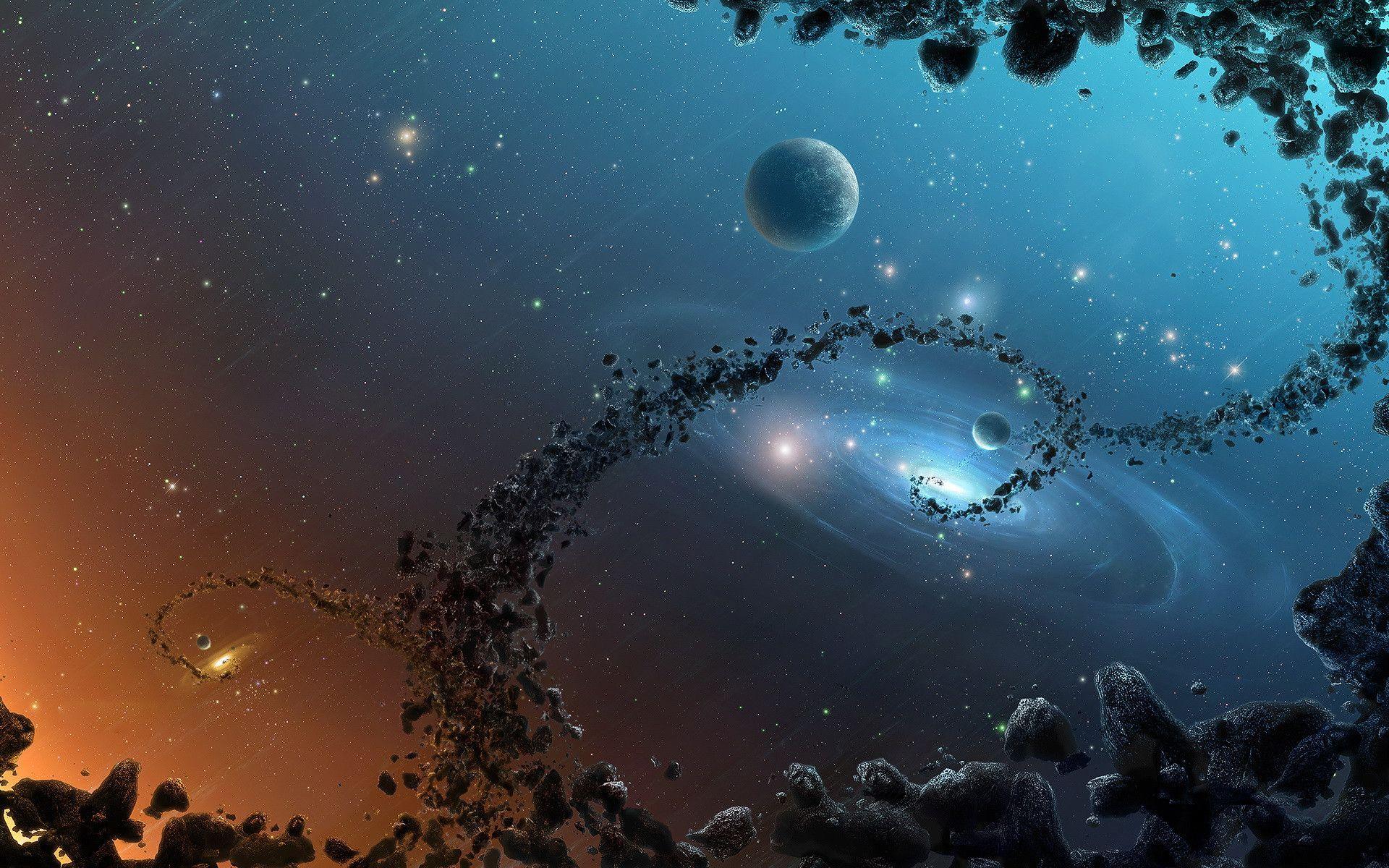 thank you so much for the post, i warned my family about this danger, about this site librarypleyades, i am exploring and studying the subjects in them, can all the information on this site be reliable?
Learn astrology: https://www.joyofsatan.org/www.angelfire.com/empire/serpentis666/FURCAS.html

Kundalini Yoga to strengthen the aura:https://www.pinklotus.org/-%20KY%20Kriya%20for%20strengthening%20the%20aura.htm

StyleCoin wrote:thank you so much for the post, i warned my family about this danger, about this site librarypleyades, i am exploring and studying the subjects in them, can all the information on this site be reliable?

Isn't Pleyades the galaxy that those new age rats are always so focussed on? That galaxy has nothing to do with our team, it's all enemy. I would not trust it.
Top
Post Reply
7 posts • Page 1 of 1