The Best of Web

The Best of Web

The threads for movies/games/series and music have been quite popular, so I thought that there could be such for websites too. Link your favorite websites and describe succinctly why they are great. I'll start:


EarthFiles
The website of Linda Moulton Howe, she should be familiar to everyone interested in UFO stuff. The content on this site is of two kinds:

"Public", which remains freely available for 4 months before going behind the paywall.
"Private", which goes immediately there.

Recently, there was a public article featuring a good-quality scan of an X-ray image of certain interviewee's leg which featured a clear electronic implant without surgical traces. This man claimed to have been abducted.
In EarthFiles YouTube, she just released a video of great interest to Satanists, discussing the Black Sun symbol and featuring two men that she has vetted to be U.S. soldiers(it's a matter of trust, of course...), discussing Deep State secrets.


GrrrGraphics
Politically incorrect cartoons from Ben Garrison. While ideologically he belongs to the Alt-lite/MAGApede/NormieCon camp, he's a highly skilled illustrator with intelligent commentary on NWO and related topics. His drawings often manage to cheer me up.

Jim Nichols wrote:Alas, in 2009 I cautiously decided to catch-up with 21st Century technology and invest in a computer, but upon my timid, trembling baby-steps into electronic mass-communication I was simply astounded to discover my UFO illustrations were posted everywhere on the internet! I’d become a world renowned artist without ever realizing it!

I've seen his artwork of Nazi UFOs in JoS websites too, IIRC. He has also written many well-studied and mature-perspective articles about the UFO phenomena. The host site seems to be of some interest too, haven't checked it out yet.


Jim Stone Freelance
The proprietor of this site is my favorite "truther", claims to have been working for NSA and demonstrates considerable scientific/technical knowledge. The link features raw IP instead of domain name(the site is under constant attack). He has plenty of articles archived, most of the topics have been discussed in other alternative media, but his are some of the greatest intellectual clarity. He also understands the J-problem exceptionally intimately.


Perhaps there could be a thread for books too?
Top

Doesn't anybody else have favorite websites?

EarthFiles update
The newest part in the Spartans & Black Sun series continues to be of great interest to Satanists. The audio and video are out of synch, but they'll probably fix that soon enough. There's the constant repetition of Nazis being evil, but as I've previously stated, alternative authors have to do this to cover their backs while attempting to reach as wide audience as possible. There's also some confusion about the friendliness/hostility of the different ET peoples, but we know that there's a direct connection to the human races(so there's really no confusion at all). Satanism is only briefly mentioned.

White Sun, beaming above the world Earth - you give the light of day.
Black Sun, shining inside us - you give the power of knowledge - reflecting the Kingdom of Atland, which was high at the pillar of heaven before the sea rage devoured it.

BestGore
Sites like this are an old genre, extending back to Rotten.com of 1990s. This one stands out with clarity/integrity, there are only few porn banners that can be easily adblocked. The proprietor of the site appears to be a white nationalist of sorts, discussing Holocau$t and having been subjected to extensive legal harassment in Canada.
I believe that every adult should be able to stomach this kind of content at least a bit, so that if coming across an aftermath of accident/violence, you don't panic but remain able to focus on helping people. There are also some freak accidents that are worth seeing simply because they are so incredible. The vast majority of the content is from the "less developed" countries.

Deanna Spingola
Audio publications
Text publications(hasn't been updated in a while)
She's the epitome of "hard truther", discussing the J-problem/NWO, warfare(all forms) and corruption in general with "boring" but no-nonsense scientific style. I've listened to her talk shows for a while and most of the guests are strikingly intelligent.

Temporary Temples
While there are many websites dedicated to crop circles, the proprietors of this site do photographing themselves. While decent-quality images can be taken with remote-controlled drones, high-quality images require a proper camera, used from a helicopter. In order to support this practice, one can buy a crop circle calendar from them.

For those who don't know, the real CCs are always geometrically perfect and made in a way that would be mechanically impossible, the straws have been bent to the ground without breaking them with some kind of focused microwave. Both Swastika and Black Sun have been featured among the patterns.
Top

The audio/video discrepancy of the EarthFiles video has finally been fixed, this link points to the start of the actual documentary. There are worse ways to spend 21 minutes than to check this out.
Top 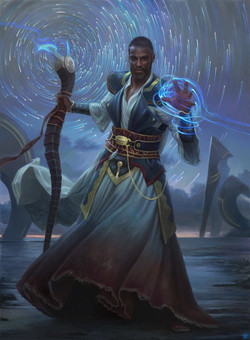 I've been to bestgore before. The gore is definitely sickening, but the holohoax section is fantastic

When all is said and done, Orion shall prevail against Zion.
Hail Satan!
Hail the powers of Hell!
Top

This man is undoubtedly one of the most expert civilian/hobbyist telescope users in the world. His imagery is some of the most incredible that I've seen in a while. There's detailed imaging of the surface of Moon, chemtrails while they're being made, UFOs and the like.
The most amazing images, though, are of orbital structures that clearly go well beyond common satellites or ISS. Anyone studying conspiracies has at least encountered the term Secret Space Program. These clearly man-made vehicles( or whatever they should be called) are likely a major spending target for all the value that gets sucked out of our economies through usury.
The best proof for his efficacy is the harassment that the UK's ZOG has subjected him to. Military helicopters have been flying very low (illegally!) above his home and shot him with some kind of laser at eye, causing vision loss.

He has had a fundraiser for a new van for transporting his (undoubtedly heavy )equipment for 3 years now, only a fraction of its goal has been reached.

What do people think of https://www.counter-currents.com/ ? I can't say for sure if Greg Johnson is a genuine White Nationalist or controlled opposition, but the website does have a lot of interesting stuff. Johnson has spoken before about what Xianity did to Pagan cultures (although he still goes soft on it, maybe to avoid alienating people). They publish a lot of interesting books, although I can't say that all of them are legitimate.

Johnson is also openly gay and has tried to make White Nationalism more open to reasonable homosexuals who want to preserve our Race. Thoughts?
Top

https://www.kingrasumaba.com
All about Egyptian and orisha spiritual knowlegde like you have never seen before.by a real babalawo(high priest).
Here is he's YouTube channel
https://www.youtube.com/user/ragoldenbeetle
Last username was shinninglight
Top

Notable Names DataBase
When seeking basic biographical information about some (notable) person, I prefer this over Wikipedia as more focused.
With race/ethnicity, jews are being count as white, but jewish ancestry is usually being mentioned in the details.

Wardo Rants
The first BitChuter I've been following, featuring (mostly) no-nonsense discussion about the J-problem.
Eddy is a disabled veteran with history of homelessness, thus his style is exceptionally "street smart". While labeling Judaism as "an enemy of Christianity and Islam", his research is very astute.
Eddy called out Trump already during the 2016 campaign as a crypto-jewish controlled-opposition fraud that he is.
Top
Post Reply
9 posts • Page 1 of 1