The most important messages are selected and put into this forum with special attention.
Post Reply
4 posts • Page 1 of 1

Sinistra wrote:So why does neopaganism have absolutely nothing to do with actual spiritual divine culture ? Let's find out !

I was having a conversation with an SS that pointed out to me that in her mind even Rome and ancient Greece were not real pagan cultures because it was all corrupted, and that Egypt and Sumeria were the only real cultures after Atlantis... and that even late Egypt was very corrupted:

We only have around from what the Church Fathers themselves bragged in their day after they wiped out the Pagan culture, around one percent they allowed because they altered it to conform to Christian propaganda. Aristotle is an example he had numerous works but we only have basic foot notes that went through the Churches hands after the Church destroyed all his major work. This corrupt remnant was then used to conform to the Churches cosmology. Its not these cultures were corrupted its that they were destroyed and the information that was left of them was corrupted by the enemy.

We now have more information from various sources including texts that survived despite the Church and started to make their way into Europe openly in the Renaissance. These texts allow us more of a understanding of the culture of the Pagan Roman Empire. The work on Apollonius of Tyana by Philostratus for the Empresses Julia Domna, which shows how important this work was. When this book was published again back into society in the 19th century the Church tried to have it removed from print. Apollonius was a Pythagorean who from the book had advanced Siddhi's and obtained the ascended state. He travelled the Roman Empire teaching spiritual knowledge of the Pythagoreans. Some of his life is allegory, but from other surviving texts he might have existed given the statements of the Roman Emperor Aurelian and Porphyry himself stated in his work Against The Christians, that Apollonius was a greater magician then Jesus ever was. And the Roman Aristocrat, Hierocles who was one of the members of the government that helped pass the law to get Christians banned from the government, and worked to stop the Christian subversion, mentions Apollonius as a famous spiritual being against the Christians as well. It seems the Pythagorean schools formed a strong opposition to Christianity.

The goal of the Greek Philosophers was in their title, Philo "Lover" of Sophia "Wisdom" the Greeks taught the spiritual system of Soma Sophia or the Body of Wisdom which was the Magnum Opus. The Lover of Sophia is one who has united their soul by the serpent power. The Hermetic philosophers the Pythagoreans stated they were spiritual physicians who took the philosophical Mercury daily to cure the effects of old age, illness and bad fortune. This is relating to the transformation of the soul, the Mercury is the energies of the serpent power that transmute the elements into their perfect substance and finish the Magnum Opus. We see the example of a Pythagorean with Apollonius.Some of this survived in Plato's work the Timaeus, where the serpent system is talked about along with practice to awaken such.


We also have the knowledge of what the Egyptian religion was about from translated Egyptian texts found by archeologists.

"Wadjit comes to you in the form of the Serpent Goddess to anoint you on your head. She is the mistress of fire.

She is also the double goddess Wadjit and Nekhebit. The rise up to our head thought the left side and though the west right side also and shine there on top of you head. Not with words [in silence, stillness] they rise to the top of your head encompassing all time, as the y do for their father Ra. They speak to you from within and illumine those becoming venerable Blessed Spirits.

It is they who give souls perfection, as they work their way, up to the brow, to their dwelling place on the brow, which is their throne.

They firmly establish themselves on your brow as they do on Ra's brown. Not leaving, taking away the enlightenment, they stay there for you forever."[1] 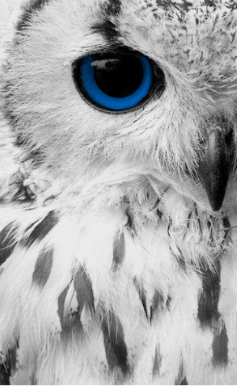 I think this supposed SS Sinistra was having a conversation with was conflating Varg type "Neo"pagan idiots with the culture of the Ancients. It was only a few weeks ago there was a large sermon about the last golden age occurring during the age of Alexander and Classical Greece at its height. After all the hundreds of sermons pertaining to the meaning and divine truth behind Pagan cultures of the Ancient Era, you'd think one would know better than to cry out how supposedly "corrupt" all of them are, when in reality, Jooz knew they held so much divine truth they've tried to corrupt and destroy them at every turn - another well established fact. If they were so "corrupt" as claimed the kikes and their xian and mudshit church and mosque lackeys wouldn't have gone on such a degenerate rampage against them to completely wipe any semblance of them off the face of the earth. Seriously, all one needs to do is look at what happened to the culture of the ancient Celts/Gaels/Druids. Destroyed to near nonexistence. I swear, some people must speed-read every sermon or worse, ignore them altogether. Our ancestors weren't tortured, raped and murdered en masse for adhering to "corrupt" ideals. This is nonsensical borderline Xian tier spew. To think the Ancients were corrupt in this way is to more or less buy into Xian "historian" claims about how the evil Romans killed all the poor Xian martyrs (who didn't exist).

Oh well, maybe another few hundred more sermons about the spiritual meaning of Ancient Pagan culture and this person will finally get the picture

I don't mean to be rude, but, c'mon now. This is one of the best covered topics we have, and have always had since day one.
Top

In my mind it was real, everything was corrupted, alas only my hidden truth about gnomes 50,000 years ago was the Trve Pagan culture.

They also shitted in wooden buckets too and had reached the Neopagan level of consciousness.

They had also discovered the spear!

Since I am afraid of Technology then anyone a bit more advanced was wicked and NOT a TRVE Pagan!
ϟ • SS War Room - RTR Co-Ordinator https://www.evilgoy.com • ϟ

Users browsing this forum: No registered users and 28 guests