This was a reply to the thread on Democracy. This factor needs to be understood as the solution to the issues at hand:

Consciousness has to be put back into the equation and this has to be the criteria for qualification the situation is the ancient Pagan aristocracy where simply the class that had a risen kundalini all aristocracy means is Rule of the Enlightened" meaning the serpent is risen. The ancient ruling class was always referred to as "The Serpents" which means they had ascended the Kundalini and that is all. The Pagan government did practice elections the councils where made of the most ascended masters who would vote from amongst themselves the most qualified to be King for a term of service.

The Egyptian Kings crown is the symbol of why the King of Egypt was also the High Priest of the Serpent Priesthood: It was consciousness that qualified one for a position within the political class. The ancient symbol of the King's crown from India with the Meru crown to the western crowns is the halo of the fully risen serpent. The Egyptians stated the Serpent Priesthood was still in the image of the Golden Age humanity. The reason for the class system with the ancient Pagan Priesthood was not one of elitism and snobbish attitudes it was as the Roman's Pagan aristocracy stated. It was to ensure the ascended blood lines and thus consciousness level that this evolutionary development was passed on to each new generation. The key here a individual in the Pagan society is not discouraged but encouraged to ascend themselves and the entire society was developed around this fact. You could be anyone and with dedication and practice develop the spiritual merits to go to the highest levels. There was a story about a village of fishermen, working class people who were all initiated by a Serpent Priest of the Brahmana's into the knowledge of ascension and they followed this and became Brahamana's they reached the level of the risen serpent.

The point of Pagan society is to advance the entire society to the Magnum Opus.


The People had a constitution of their own within the culture that far outweighs even the American constitution. And the People where all bound together by Sanatana Dharma. A society built on a structure of a super consciousness understanding of the Eternal Spiritual Natural laws of the universe.

The Catholic Empire of the Jews removed all this and put a mafia into power that would enforce their new slave empire on the Gentiles and this became the new aristocracy that with the Jews running the Church so abused the People they wanted something better.

Today we don't have a Democracy we have a Jewcracy as the Jews have monopolized all aspects of power the banks, media, corporations and use this to buy the different political parties and monopolize the government as well.

In the future the qualification to run for any branch of government must be consciousness and that the person running has ascended the kundalini energy fully. That will take care of all the issues as Consciousness is back in the equation.

Shouldn't we actually demolish the jewish cabal before we start worrying about what kind of government to establish?
==Valkyries Full Album Available Now==
https://wolfsschanze.bandcamp.com/
Contact: [email protected]
Arise, for the gods have sounded their call across the worlds and you have heard it deep within your heart!
Top

Brdredr wrote:Shouldn't we actually demolish the jewish cabal before we start worrying about what kind of government to establish?

It's just conversation. Plus when the judeocabal goes down things will simply fall in place where natural order is concerned.
ϟ • SS War Room - RTR Co-Ordinator https://www.evilgoy.com • ϟ

In this day and age with very very few ascended individuals (I'm probably underestimating) how would these governments be established?
==Valkyries Full Album Available Now==
https://wolfsschanze.bandcamp.com/
Contact: [email protected]
Arise, for the gods have sounded their call across the worlds and you have heard it deep within your heart!
Top

So what are you going to replace their paradigm with then....... That is why people need big picture long term thinking.

Brdredr wrote:Shouldn't we actually demolish the jewish cabal before we start worrying about what kind of government to establish?

In all reality people with ascended serpents are naturally going to rise to dominate all area's of society because they have spiritual genius and they will simply reorder society to function effectively and people will agree with this because it works and improves their lives.

It will work with what people exist at the time. Plus the removal of the enemy's crap will its own open the mind of many people very quickly, elevate humanity spiritually etc. Everything will be easier.

Not everyone has to be fully ascended or stuff like that for this to work. Just decent people who aren't pure crap will do for the first steps. Then as we go the quality of everyone on the planet will collectively advance.
ϟ • SS War Room - RTR Co-Ordinator https://www.evilgoy.com • ϟ

It's actually very easy getting proper leadership just go from up to down. The inverse leads to the current garbage jewtrix we have and muh rights to elect pre-selected jewish puppet shabbbos goyim politicians and other shameless nation looters. We would simply have the Fuhrer on top and go down filling every position with competent, loyal and enlightened people. It's not nepotism because there is enlightenment and a strong sense of duty. And no absurd benefits like swimming in shekels capitalist style above the other people. This is what Demons have themselves is you notice. It's very hierarchical.
Another problem of the system we have right now is people get promoted on the basis of shilling for the jewtrix or acting like psychopathic jews themselves. And way beyond their personal capabilities. This will not happen anymore.
What I mean is let's put this in an example a great lieutenant would not necessarily make a competent general (yeah it's a big jump from lieutenant to general but it's to make the point). He might actually be utterly terrible. Repeat for every rank of any organisation be they civil or military. Promoting anyone on the basis of success for a particular job (think corporate and administration as well) - success being judged on conforming to the jewtrix and making the most profits possible in many cases, is utterly retarded. With the developement of astrology into culture and the spiritual practices and progression this will not be a problem anymore. Everyone to the place they deserve and are the most competent/suited at. Not in any way to belittle or exploit others but to ensure fairness and a healthy, happy and productive society.
Top 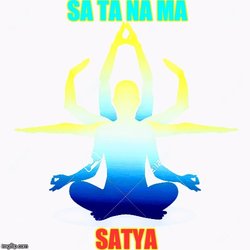 To create and bring about such ideals and culture within ourselves, then to manifest by releasing these ideals and culture to the world which then creates structure and the order that all shall naturally follow because who doesn't want a better life according to who they are which equates to far less to no problems considering meaning and purpose. We are overall living according(suppose to) to who we are as individuals and people that fits are basic needs for survival as far as biology is concerned. Then to continuously evolve and improve ourselves as a whole with the spiritual, physical, and mental practices that works along with one another to uplift the culture and understanding of a people/race is set by the application of such.
Top 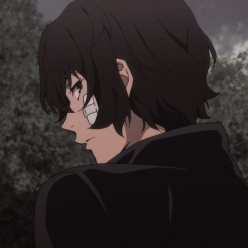 I have noticed how us Gentiles naturally are always somehow going back to the paganism and to our roots.
Sometimes I just sit and listen to random conversations and I can see how Gentile when talking to another Gentile is leading them all to more and more natural and paganistic way of thinking as conversation progress. Just Jews..they always find a way to reset them all to npc goyim state.

I'm sure that Gentile society would soo naturally and quickly regenerate without Jews around. When you remove all that reptilian shit from even some really low IQ person they would be still soo much better and more decent politician then those corrupted, highly intelligent and educated politicians these days who are mainly Jews or are Jews in their mindset.
When we suppress the Jews everything will be easy .
Can't wait to see them down. With this latest RTR they are all acting soo weird and are literally destroying themselves slowly.
Every move against us..it repells now.
Things are getting really funny.
We will witness such a change in society soon.
Grab your popcorns guys, the show has begun.
The Only Thing That Is Constant Is Change -Heraclitus