For Discussion about Health, Well-being, Traditional Remedies, and much more.
Post Reply
5 posts • Page 1 of 1 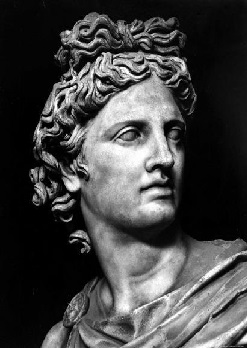 I get tendonitis or Tendonosis, don't really know which one, in the crook of my elbows from time to time and it hinders my gains. What's a good remedy for this, does it also mean I have a spiritual problem, like a blocked chakra in that area?
Top

There's a reason if you get it. Since you speak about "gains" I assume you workout, and since you're so worried about them maybe you like pushing it too much for the sake of the "gains". In other words, you are stressing your tricep/bicep/shoulder too much. To heal tendonitis you have to work with high reps with low weight and couple that with energy healing.
HAIL TO OUR TRUE INEFFABLE GOD SATAN
Top

I do push myself you're correct. I've already started healing on them and when that's better I'm gonna go back at it with lower weight.
Top

Make sure you’re doing yoga if you’re doing heavy lifting. It’s kind of like cleaning up as you go so to speak.

Also when you’re talking about heavy weights low reps, what kind of rep numbers? Under 3? If so, then doing this often and you’ll definitely face injuries. Never do super low reps like that. Especially to failure. If you want strength gainz, do at least 3-6 reps per set. Just up the sets. And also don’t go to failure on any set except maybe the last. Going to failure on each set and you’ll have these tendon and joint problems.

The science is clear that the muscle protein synthesis stimulation between an RPE of 8-10 is relatively the same. Meaning leaving a couple of reps in the tank versus going to absolute muscular failure brings just about the same results.

So for strength, I’d say, put ego aside and work with weights where you’re getting 3-6 reps without going to failure. And work on improving, once you’re getting past 6 reps easily, increase the weight. Now you’re getting stronger safely.
Top

Protein synthesis algorithms aren't much use in the case of tendons.

Tendons tend to be very limited in vasularity and thus do not receive the same blood supply or nutrients as muscles.

This means that the required building blocks for healing have to diffuse through tissues to get to the target and so tendons take much longer to heal.

Tendons need significant rest to heal from any injury so doing much lighter weight or staying off the problem tendon for anywhere up to 6-8 weeks is the only way to resolve something like this, along with ensuring you are working to build blood through diet ie lots of black and red (unprocessed) foods, eaten in small amounts, more frequently.
Si vis pacem, para bellum

If you want a peaceful life, prepare for war
Top
Post Reply
5 posts • Page 1 of 1

Return to “Satanic Group for Health and Well being”