Any posts promoting Christianity, Islam or New Age beliefs or slandering the Joy of Satan will not get approved. We are law abiding and do NOT promote the use of illegal substances or activity.

A people without the knowledge of their past history, origin and culture is like a tree without roots. 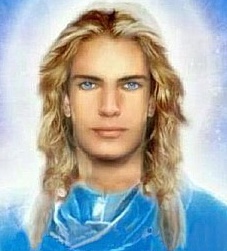 Music is a beautiful thing. Satan is a god of music. Good music refreshes the soul and motivates life. It can influence people, stir up and build. I had a dream and in this dream i felt quite depressed and then i heard a voice come about and told me ‘let me play you something nice’. Then i heard the most beautiful music, my energy turned brighter and then i woke up very refreshed.

The enemy has known the power of music and is using it to bring down the Gentiles. Music can also be used to brain-wash and degenerate people. At certain Frequencies music can be used to change brain thinking partterns. When we are told that the Jews generally have higher IQ’s this is no JOKE! They know and understand things most “Goyim” don’t. And considering the fact that they continue dumbing down Gentiles, if we dont fight back things will hardly change. We are doing this for our children’s children and for ourselves too. Making the world a better place.

The enemy has highly influenced the Rap Genre. Maybe they saw in it something powerful that could move People. Before ; Rap/hip-hop was used as a way to express the soul. Old school Rap etc felt so real and influenced the brain in a good positively vibely way. Thats way most people loved Tupac and Biggie. I sometimes think Tupac was killed by the enemy (just my intuition).

Rap of Today is so negative and actually for anyone even half-woke to the enemy can sense its brain-washing influence. The Black Gentiles and their culture has been so negatively influenced by this Genre. Drugs, Violence, depression, materialism, sexual immorality which causes family life troubles... and the list goes on. So i am writing this post to open the mind of a brother/sister/friend in satan From my point of View.

DRUGS.
No need to elaborate on this more. We are all aware of the insane amount of Drug references in the Rap genres. From famous songs like “I am love with the Coco” to songs like “bitches and marijuana”. These people are not Satanists. They DON’T know or even UNDERSTAND Father Satan. Satan loves humanity. He wouldn’t advertise Drugs. Drugs create holes in the Aura. Allowing negativity and all sorts of mind control. Drugs are highly used to brain-wash and control people.

VIOLENCE.
Most brain-washed black Gentiles think the Gangster-life is cool. In Rap there is so much Violent references. Some might claim that “that’s just poetic”, but don’t these artists Embody the lifestyle they claim! Some end up going to jail for so many crimes committed. Examples are Bobby Shmurda, 6ix9ine... and many more. Funnily these people are paid to push these things. Gentiles naturally have empathy, and a good balance of emotions. We are not physchopaths like them jews. Violence is not our nature. They are just brainwashing us and making us appear bad tempered all the time.

MATERIALISM.
I love money. I love wealth. I do a-lot of money spells in a year. But I really like to balance Spirituality with materialism. Too much focus on materialism destroys spirituality. And I tend to think that too much focus on materialism destroys your humble human side. Becoming so egotistical, narcissistic and can’t relate properly with those poorer than you. Which again leads to more problems. And again these is usually used to fool Gentiles that Owning a “Ferrari” and buying ten “Rolex” watches means you are Rich. (While the Jews continue bulking themselves with real wealth that can feed generations to generations and continue Controlling the Gentiles.)

SEXUAL IMMORALITY.
So sex is a beautiful thing. Women are beautiful. The body is a gorgeous thing and displaying the body and taking pride in the body is a powerful thing. But deliberately brain washing and over-portraying the women and bodies as sexual objects that can be used and dumped without considering that they have feelings is So evil.

The young men will grow up thinking that is the way to live and young women will grow up desiring to sub-consciously be objectified and used. And we can clearly see it happening in the black culture. The young men are growing up without a father figure and the woman without a mother figure. Stable Family is destroyed, causing lack of strength and proper growth in the black community and ultimately recking the black Race.

Nicki minaj, Cardi B.... are all portraying women as good only for their bodies. And that once you have a “fat Ass and big boobies from your Doctor”, you get to be a real Woman and a goddess. Goddess my Ass!!!! A goddess doesn’t brain-wash their fellow women who look-up to her for few Shekels and fame. A goddess influences women as beautiful and powerful motivators to their men. A goddess influences women to be caring and loving mothers. A goddess instructs women to balance materialism with spiritualism. A goddess tells women to Empower their souls. No wonder so many Black women are so “Materialistic”.

DEPRESSION
Depression is a mental-disease. But depression can also be caused by negative energy. When a curse, or bad energy is thrown at you, you can easily feel depressed for no reason. This opens the soul for more destructive energy. Depressive negative music can be used to cause depression too. XXXtentacion, juice World, etc are all artists that create very depressive vibrations. Most people who were close to them describe them as very depressive individuals.


All in All Rap music influenced by the Jews is used to keep the Gentile in lower vibrating frequency so that Gentiles can not wake-up. Celebrities are most probably used as tools for the Enemy agenda of brain-washing the “goyim cattle” into their new world order. Most artists are brainwashed. Jews know how to do this. Whether it be through the use of kabbalistic magick or “Brainwashing-Scientific methods” they KNOW how to. Most celebrities at a time are tired and want out but they know if they don’t do as told they can easily die or meet different disasters. And some enjoy the attention, the shekels and the sexual life they get to have.

We here in Satanism are lucky and happy. We can achieve greatness and our personal desires once we be powerful enough. Satan shows us the way. He even tells us that we Can even be “immortal”.

Great post. Well said.
I teach and guide those who follow my instruction. If anyone obey me and conform to my commandments, he shall have joy, delight, and comfort. -Father Satan 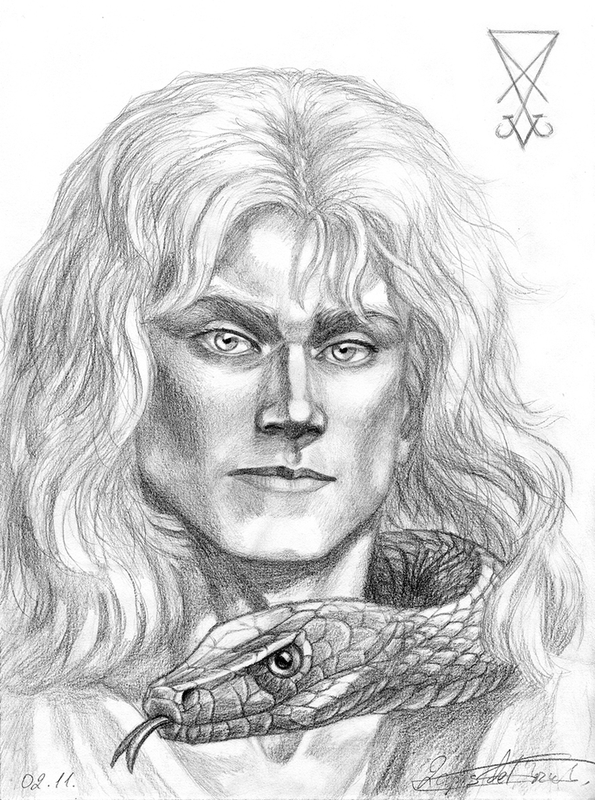